Yesterday I had the pleasure of welcoming both Joel Plaskett and up and comer Mo Kenney to the Q107 studio. Mo just released her brand new album co written and produced by Plaskett. On that debut album is an incredible version of 5 years by David Bowie. Check out the acoustic version from yesterday. Also listen to her brand new single Deja Vu. 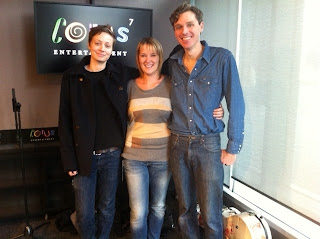 Next week on Airchecker, Joel Plaskett covers The Boss and plays his brand new song Harbour Boys. For more amazing acoustic performances check out The Candice Rock Blog on Q107.com and follow me on Twitter.