It was 65 years ago that The Horseshoe Tavern on Queen Street West first opened its doors. It is now one of the most sought after music venues for bands in Canada. This week, Joel Plaskett will headline five shows in a row to celebrate the anniversary. 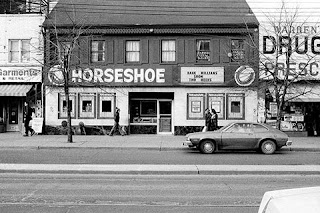 Joel Plaskett covered Bruce Springsteen when he stopped by Q107 Toronto a couple months ago.